MP3•Episode home
By MonkeyButt Productions ACPN. Discovered by Player FM and our community — copyright is owned by the publisher, not Player FM, and audio is streamed directly from their servers. Hit the Subscribe button to track updates in Player FM, or paste the feed URL into other podcast apps. 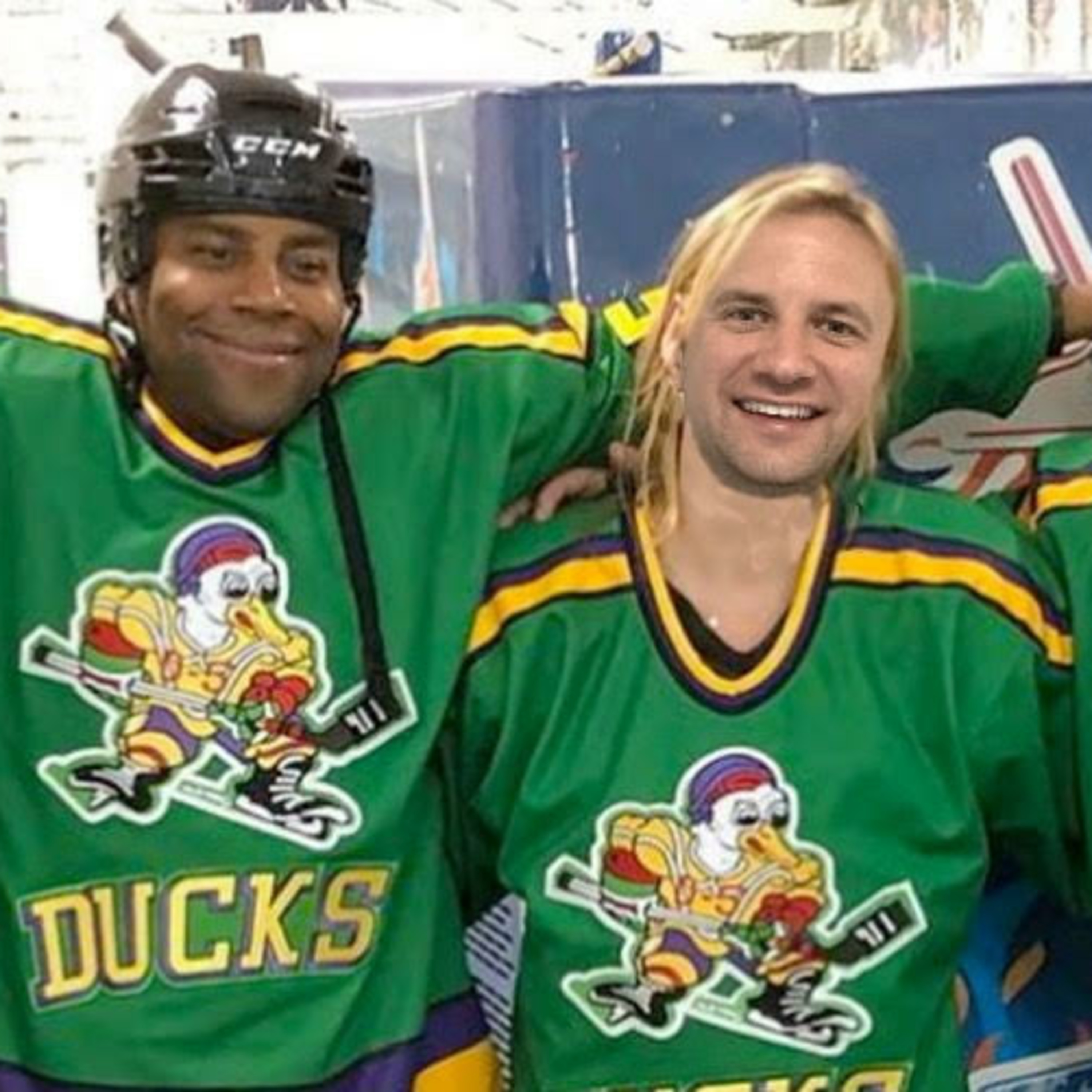 The film that Gen Y loves as well as launched an NHL franchise and well as 2 sequels. The Mighty Ducks gave dumb kids all across the world that it was a good idea to quack at people. It also made people think the flying V is a legit formation in hockey. Oh yeah, it also showed Emilio Estevez driving a limo onto a pond and thinking it wasn't that big of a deal. @RealJDDuran from @insessionfilm joins @KevinGootee and @KevinIsrael_NJ because he played hockey and had a TON of problems with this sugarcoated, cake eating, film. But does he convince them this film is worse than Emilio Estevez boozing up while driving on icy roads? Yet again, we THANK YOU for your support and love. Want to advertise with us? Guttingthesacredcow@gmail.com Follow us on SM: @KevinGootee @KevinIsrael_NJ @GTSCpodcast @realjdduran @insessionfilm Our merch store as well as daily articles can be found at www.guttingthesacredcow.com Take a pic with our merch and we'll GLADLY share it on social media.