To give you the best possible experience, this site uses cookies. Review our Privacy Policy and Terms of Service to learn more. Got it!
B
Big Brother All-Stars Recaps & BB22 Live Feed Updates from Rob Has a Podcast 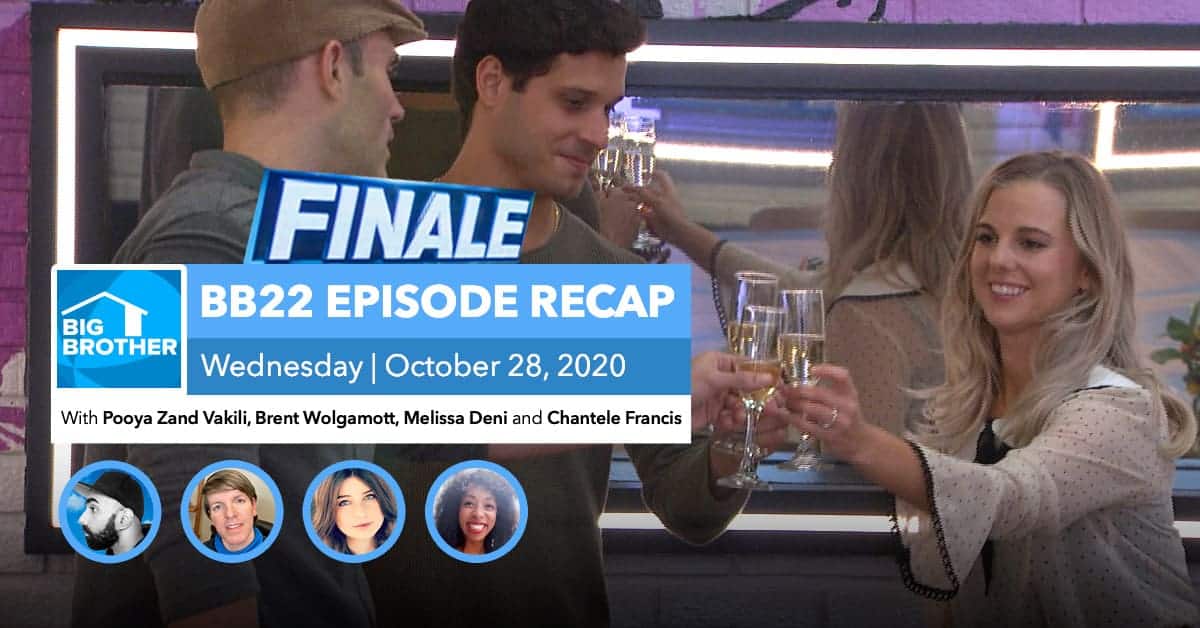 LIVE after the FINALE of Big Brother All-Stars, an RHAP All-Star panel is here to recap it all! Tonight’s Big Brother FINALE recap is hosted by none other than host of the 90 Fiance and The Masked Singer RHAPups, Pooya Zand Vakili! Pooya is joined by Big Brother experts and Live Feed Correspondent, Brent Wolgamott and Melissa Deni, and RHAP Class 0f 2020 rising star, Chantele Francis!

Together, the RHAP panel breaks down the finale of Big Brother All-Stars. They discuss the final 2, the vote, the winner, America’s Favorite Houseguest, and more!

What are your overall thoughts on this season of Big Brother? How do you feel about the winner? What changes are you hoping to see moving forward? Tweet all your BB22 thoughts and questions to @RobHasAPodcast and use the #RHAP!

6h ago6h ago
Subscribe
Unsubscribe
Monthly
Jim and A.Ron review each week's episode of HBO's Game of Thrones and your feedback.
T
The Talking Dead - A podcast dedicated to the AMC TV series The Walking Dead

11m ago11m ago
Subscribe
Unsubscribe
Weekly+
Bald Move Pulp is where you can get your fix of robots, aliens, action space adventures, and everything in between; on television or on the big screen. Pulp was not made for serious drama, if that’s your thing, you might be looking for Bald Move Prestige.
P
Post Show Recaps: TV Podcasts | Rob Cesternino & Josh Wigler

3h ago3h ago
Subscribe
Unsubscribe
Daily
Nightlife with Phil Clark and Indira Naidoo has everything you need to get you through the night, seven nights a week.
F
Film Sack

3d ago3d ago
Subscribe
Unsubscribe
Weekly
An *AD FREE* movie review podcast that traverses the stream of Hollywood sequels, reboots, and franchises by reviewing every installment in a series, start to finish.
D
DumTeeDum - A show about The BBC's The Archers

3m ago3m ago
Subscribe
Unsubscribe
Weekly+
Dum Tee Dum is a weekly podcast about The Archers that features Lucy Freeman, Roifield Brown and you.
Listen to 500+ topics