Books Religion Christianity Arts Lorehaven Audio Drama
By Lorehaven. Discovered by Player FM and our community — copyright is owned by the publisher, not Player FM, and audio is streamed directly from their servers. Hit the Subscribe button to track updates in Player FM, or paste the feed URL into other podcast apps.

Fantastical Truth « »
75. What If Only Human Blood and Sacrifice Could Save Your Empire? | The Seventh Sun with Lani Forbes


MP3•Episode home
By Lorehaven. Discovered by Player FM and our community — copyright is owned by the publisher, not Player FM, and audio is streamed directly from their servers. Hit the Subscribe button to track updates in Player FM, or paste the feed URL into other podcast apps.

What if your father died and made you the emperor, and you had to use your own bloodborne power and your empire’s traditional cult of human sacrifices to keep control of your sun—that is, the sun, S-U-N? Then you learn the sun is fading away, and the gods might oppose your new marriage? That’s the story of Lani Forbes’s Mesoamerican-inspired fantasy The Seventh Sun. Lani already appeared on our episode 71, and today she rejoins Fantastical Truth.

Thrust into leadership upon the death of his emperor father, young Prince Ahkin feels completely unready for his new position. Though his royal blood controls the power of the sun, he’s now responsible for the lives of all the Chicome people. And despite all Ahkin’s efforts, the sun is fading—and the end of the world may be at hand.

For Mayana, the only daughter of the Chicome family whose blood controls the power of water, the old emperor’s death may mean that she is next. Prince Ahkin must be married before he can ascend the throne, and Mayana is one of six noble daughters presented to him as a possible wife. Those who are not chosen will be sacrificed to the gods.

Only one girl can become Ahkin’s bride. Mayana and Ahkin feel an immediate connection, but the gods themselves may be against them. Both recognize that the ancient rites of blood that keep the gods appeased may be harming the Chicome more than they help. As a bloodred comet and the fading sun bring a growing sense of dread, only two young people may hope to change their world.

Rich in imagination and romance, and based on the legends and history of the Aztec and Maya people, The Seventh Sun brings to vivid life a world on the edge of apocalyptic disaster.

Book 1 of The Age of the Seventh Sun series. 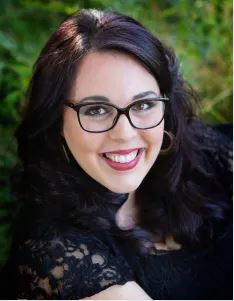 Lani Forbes is the award-winning YA author of The Seventh Sun and the 2021 release, The Jade Bones. As the daughter of a librarian and an ex-drug smuggling surfer (which explains her passionate love of the ocean and books), Lani is a one-time teacher turned MFT student. Her passion is showing readers the transformative and encouraging power of story on the human experience. She helps others process anxiety, depression, and complex PTSD, both in her stories and in real life.

A California native whose parents live in Mexico, Lani now resides in the Pacific Northwest with her husband and three young children. She is a proud nerd, stage IV cancer warrior, and member of Romance Writers of America and the Society for Children’s Book Writers and Illustrators.

I get why you’d want to build an ark, a relic from an awesome story of God’s miraculous deliverance. But WHY would you want to build a relic of man’s foolishness that God punished? It’s like wanting to rebuild Sodom or that tower Jesus talked about that killed everyone.

This is one of the things about the Ark Encounter that really stuck out to me. My dad raised us on a pretty literal view of Genesis (because if you compromise the beginning, why should you believe anything that came after?), so I didn’t have the more juvenile depictions of the ark around me. When I saw just how large that exhibit was, it was staggering. I didn’t realize exactly how widespread the cutesy version of the story was!

Next on Fantastical Truth

Last month, social-media citizens criticized the Romance Writers of America for nominating a Christian-made historical romance novel for its Vivian Awards. We’re looking at a surprising plot twist, when secular readers are feeling strict about a book like this. How can readers respond when secular critics fault Christian-made fiction for being too gritty and realistic? 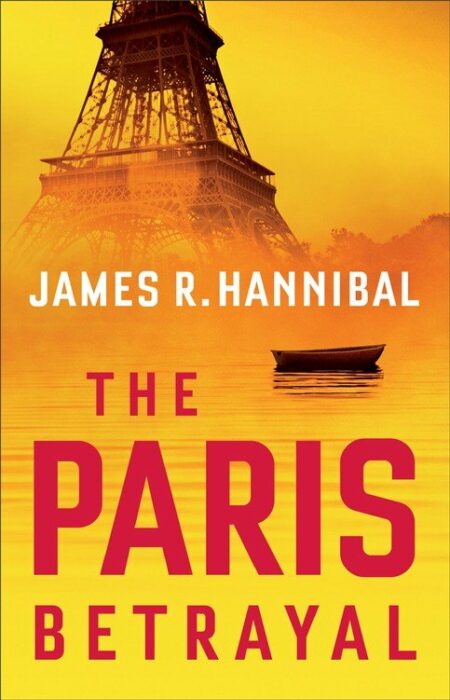 After an intelligence operation in Rome goes sideways, Ben Calix returns to Paris to find his perfectly ordered world turned upside down. A hit man ambushes him at his flat. French SWAT tries to hem him in. This is a severance. The Director has kicked him out into the cold. But why?

To find answers, Ben must seek the sniper who tried to kill him, the spymaster who trained him, the doctor who once saved his life, and the teammate who killed the woman he loved. And in the midst of this search, scouring Europe for his contacts, he must still try to stop a world-altering attack.

“Hannibal once again displays his dazzling prose and ability to keep even the more experienced readers guessing. Another gripping, high-octane book from one of the best thriller writers in the business.”

—Simon Gervais, bestselling author of Hunt Them Down

2d ago2d ago
Subscribe
Unsubscribe
Monthly
Podcasting through George R.R. Martin's A Song of Ice and Fire and HBO's Game Of Thrones/House of the Dragon. Episodes sorted chapter by chapter at gameofowns.com
C
Christian Bible Church of the Philippines | Sunday Messages

4d ago4d ago
Subscribe
Unsubscribe
Weekly
Heritage Baptist Church exists by the grace of God and for the glory of God, which is the ultimate purpose of all our activities. We seek to glorify the God of Scripture by promoting His worship, edifying and equipping the saints, evangelizing the nations, planting and strengthening churches, calling other assemblies to biblical faithfulness and purity, encouraging biblical fellowship among believers and ministering to the needy, thus proclaiming and defending God’s perfect law and glorious ...
F
Fr. Larry Richards of The Reason For Our Hope Foundation Podcast

7h ago7h ago
Subscribe
Unsubscribe
Daily
Fr. Larry Richards is the founder and president of The Reason for our Hope Foundation, a non- profit organization dedicated to "spreading the Good News" by educating others about Jesus Christ. His new homilies are posted each week.
A
Aspire Church Manchester UK - Sermons

19m ago19m ago
Subscribe
Unsubscribe
Weekly+
The iFanboy.com Comic Book Podcast is a weekly talk show all about the best new current comic book releases. Lifelong friends, Conor Kilpatrick and Josh Flanagan talk about what they loved and (sometimes) hated in the current weekly books, from publishers like Marvel, DC, Image Comics, Dark Horse Comics, BOOM! Studios, IDW, Aftershock, Valiant, and more. The aim is to have a fun time, some laughs, but to also really understand what makes comic books work and what doesn’t, and trying to under ...
1
1001 Heroes, Legends, Histories & Mysteries Podcast

8m ago8m ago
Subscribe
Unsubscribe
Weekly
Where History Comes Alive! A fast-paced, well-researched weekly podcast covering a wide range of historical events, persons, places, legends, and mysteries, hosted by Jon Hagadorn. 1001 Heroes Podcast is a proud part of the 1001 Stories Podcast Network, which includes 1001 Classic Short Stories & Tales Podcast, 1001 Radio Days, and 1001 Stories For the Road Podcast. The network enjoyed over 5 million listens in the past year from a worldwide audience. SUPPORT OUR SHOW BY BECOMING A PATRON! w ...
F
Fire on the Mound

6y ago6y ago
Subscribe
Unsubscribe
Monthly
“The fire does not come from the mind.” One thousand years ago... Mtilan, the Unborn King, pledged his life to Legion, the fallen spirit from beyond the veil of time. Through dark and forbidden magic the broken man gained both immortality and incredible power -- but lost his soul. Over a millennium later Pekra and his sister Lely race to find the mythical cottonwood tree and protect it from Mtilan and his master Legion -- but to succeed they must first befriend their father’s killer -- a for ...
A
ABC RN Arts

seconds ago30s ago
Subscribe
Unsubscribe
Daily
Each week day RN Arts programs zoom in on a specific area of art and culture, brought to you by a specialist presenter. Subscribe to their podcasts separately by searching by name in your podcasting app.
T
The Office of Rabbi Sacks

2h ago2h ago
Subscribe
Unsubscribe
Monthly+
Follow the audio shiurim, lectures and speeches of Rabbi Lord Jonathan Sacks, global religious leader, philosopher, author of over 30 books and moral voice for our time. Rabbi Sacks served as Chief Rabbi of the United Hebrew Congregations of the Commonwealth between September 1991 and September 2013. A full biography - together with an extensive online archive of Rabbi Sacks' work - is available at www.rabbisacks.org or you can follow him on Twitter, Facebook and Instagram @rabbisacks.
Listen to 500+ topics