To give you the best possible experience, this site uses cookies. Review our Privacy Policy and Terms of Service to learn more. Got it!
M
Mindy Diamond on Independence: A Podcast for Financial Advisors Considering Change

Mindy Diamond on Independence: A Podcast for Financial Advisors Considering Change « »
Advisor-Turned-CEO: How a $2.4B Ameriprise Firm Cracked the Growth Code

A conversation with Jon Kuttin, CEO of Kuttin Wealth Management, and Louis Diamond

Building a successful business is no easy feat—especially if you are the one leading the charge, as well as working on the day-to-day tasks to move the ball forward.

The guest on this episode was once in that same position.

Jon Kuttin, CEO of Kuttin Wealth Management, was a junior at SUNY when he entered the financial services industry as an intern with IDS—the precursor to Ameriprise Financial. 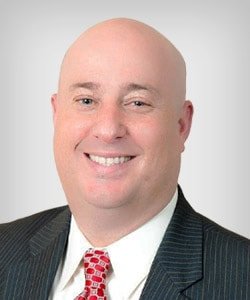 And by the time he graduated, he had two licenses completed.

His early success – which he credits to two advisors who served as his mentors and a lot of hard work – led him to get involved in mentoring others at Ameriprise.

26 years later, Jon’s 60-person independent Ameriprise firm manages $2.4B in assets, derived primarily by organic means through an alliance with a CPA—which developed into a game-changing referral engine.

So it comes as no surprise that Jon has many industry accolades under his belt, including Barron’s Top 100 Advisors List, Barron’s Hall of Fame Advisor and Forbes Best in State, as well as being named the top Producing Advisor on the Ameriprise platform.

Yet accolades aside, Jon realized that if he wanted to build a business designed for growth, he needed to change his focus from “working in the business” to “working on it.” So, he transitioned his role from client-facing advisor to CEO—a change that he felt was imperative to take the business to the next level.

You might say that Jon “cracked the code on growth,” developing processes designed to continuously create scale. And now he has his sights set on strategic recruiting and acquisition practices to drive the firm forward and ultimately build a lasting legacy.

As Jon puts it, the firm is now “fishing with a net instead of a pole”—using focused growth strategies that he also shares with other advisors through his consulting practice.

In this episode, he and Louis Diamond get under the hood on these topics and more, including:

Plus, Jon shares an inside perspective on independence, the evolution of Ameriprise over the years, and much more.

It’s an in-depth conversation with plenty of actionable information—relevant to any advisor whether you’re working at a wirehouse or are an independent business owner.

Aligning Your Inward and Outward Pointing Compass: A Process for Advisors Considering Change
Balancing the needs of all stakeholders offers a clearer and more congruent path towards your ultimate destination. Read->

The Billion-Dollar Mindset: What Drives Top Advisors?
Adopting these 12 characteristics can change your growth trajectory. Read->

Jon Kuttin is a Barron’s Hall of Fame Advisor with 25+ years of experience leading and growing a financial advisory practice. As the CEO of Kuttin Wealth Management, a private wealth advisory practice of Ameriprise Financial Services, LLC, Jon helps guide the strategic vision of the practice as they seek to become known industry wide as a leadership development factory. Driven by a mission to build leaders and give back to the financial services industry, Jon regularly speaks and contributes articles on CPA alliances, leadership, acquisitions, recruiting, and other topics for numerous publications including Financial Advisor Magazine and Barron’s. His practice is headquartered in Hauppauge, NY and has offices across the country.

This podcast is also available on…

Browse other episodes in this podcast series…

Similar to Mindy Diamond on Independence: A Podcast for Financial Advisors Considering Change

26d ago3w ago
Subscribe
Unsubscribe
Monthly
The Big Picture is a business podcast that is on a mission to shift the mentality that Filipinos are not business-oriented. If you are someone who wants to start a business, already on your way, or has a business already that wants to scale, this podcast is for you. We interview Filipino entrepreneurs from all walks of life, learning their stories, and how they've made it happen. It's time to SEE, THINK, and ACT Big mga pinoys! See you on the show!
P
Play to Potential Podcast

12d ago1w ago
Subscribe
Unsubscribe
Daily
This Podcast is created and curated by Deepak Jayaraman (an Executive Coach and a Leadership Advisor). He lives in Mumbai and works with successful Senior Executives by helping them play to their unique potential but with a sharp focus on transitions (business or career). Just like businesses need to think about "where to play" and "how to win", leaders need to be coherent about "where to go" and "how to grow" in their journeys. Deepak works with them during pivotal moments to help them with ...
M
Money Guy Show

4d ago4d ago
Subscribe
Unsubscribe
Weekly
Brian Preston and Bo Hanson, fee-only financial planners and wealth managers, go beyond common sense as they help you make smart financial decisions. Their professional credentials, sophisticated topics, and approachable style have attracted thousands fans and made them a personal finance phenomena. Learn more about Brian and Bo, read, listen, or watch the show, follow the blog, and connect directly to go beyond common sense at www.moneyguy.com.
M
Matrix Moments by Matrix Partners India

1d ago1d ago
Subscribe
Unsubscribe
Monthly+
Matrix Moments, by Matrix Partners India, is a podcast series dedicated to the founders, startups and all those within the ecosystem, through candid conversations on what we think it really takes to survive in this wild, wild startup world. In a world where we are endlessly engulfed with information in all its forms and sizes, this is our attempt to create, curate and bring to you the insights and reflections that we have had the luxury of having learned the hard way, through all the years s ...
W
Working

4d ago4d ago
Subscribe
Unsubscribe
Weekly+
In each episode of "Exchanges at Goldman Sachs," people from the firm share their insights on developments shaping industries, markets and the global economy.
C
Career Tools

5d ago5d ago
Subscribe
Unsubscribe
Weekly
Career Tools is a weekly podcast focused on specific actions you can take to grow and enhance your career, whether you are a manager or not. Career Tools won the Podcast Awards Best Business podcast in 2010 and was nominated every other year it has been eligible. Whether you are interested in jump-starting a stalled career, or sharpening your edge, Career Tools is the podcast for you. Go to http://www.manager-tools.com/testimonials to read what others are saying about the impact Career Tools ...
S
Spartan Up! - A Spartan Race for the Mind!

3d ago3d ago
Subscribe
Unsubscribe
Weekly+
Learn the Spartan mindset. Founder & CEO of Spartan Race and NY Times best-selling author, travels the globe seeking and answers authors, academics, athletes, adventurers, entrepreneurs, CEOs and thought leaders. It will shift your thinking, make you laugh and and give you the tools you need. He’s on a mission to find the secrets to success in all aspects of life. Not only does Joe interview epic people, he has brought together an amazing panel to break down and analyze every aspect of these ...
S
Simple Programmer Podcast

6d ago6d ago
Subscribe
Unsubscribe
Monthly+
John Sonmez wants to help you become more successful, make more money, deal with difficult coworkers and be so productive everyone thinks you must be abusing a prescription for Ritalin. Listen in every Monday, Wednesday and Friday, as Simple Programmer founder, John Sonmez, answers questions, interviews guests and shares everything he knows to help you become a top performing software developer. The Simple Programmer Podcast is a short podcast that is a mix of career advice, philosophy and s ...
M
Modern Mentor

1d ago1d ago
Subscribe
Unsubscribe
Weekly
Modern Mentor is your guide to leadership and communication, helping you craft a workplace environment you can feel good about. She’ll share tips to help you balance your work and personal life, effectively invest your time, and be mindful about where you’re devoting your energy. Let Modern Mentor help you navigate your path to success—however you define it.
Listen to 500+ topics