To give you the best possible experience, this site uses cookies. Review our Privacy Policy and Terms of Service to learn more. Got it!
S
Survivor: Winners at War - Recaps from Rob has a Podcast | RHAP 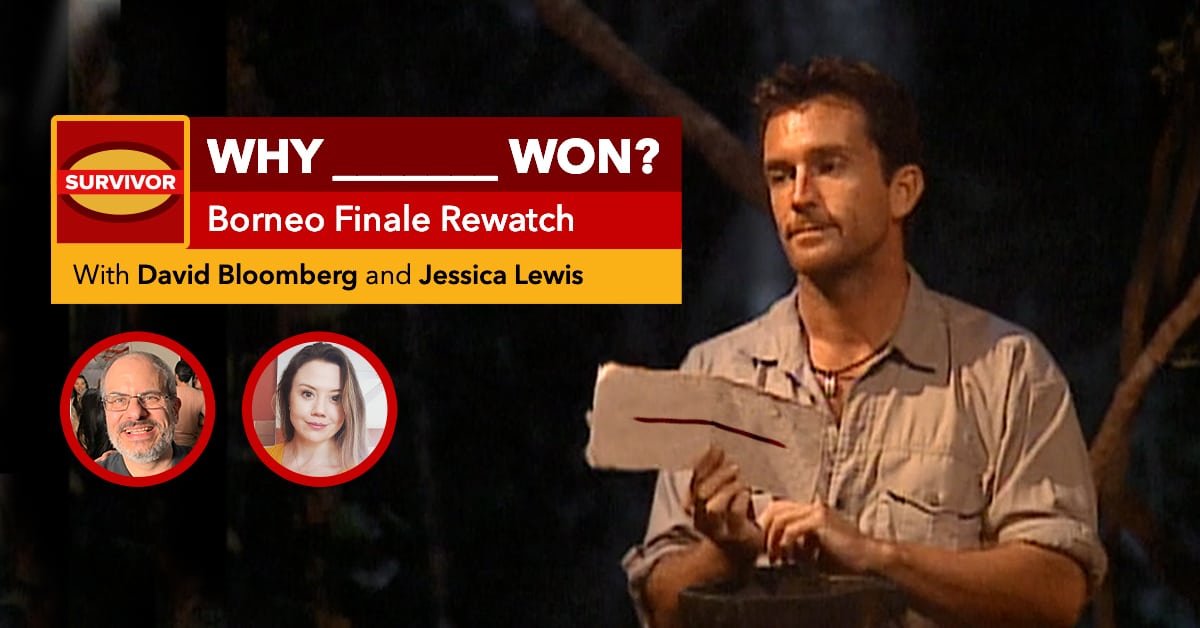 Each week this season on our Survivor Podcast, David Bloomberg & Jessica Lewis will talk about why each voted out player “lost the game”. For more on David’s Survivor rules check out his most recent update… What Island of the Idols Survivors Should Have Learned

David and Jessica have one final journey through time, going back to the first Survivor winner, Richard Hatch. Without him, it’s quite possible that Survivor would have been very different. But in his season, he was arrogant. He was in your face, especially when he was walking around naked at camp. Somehow those negative qualities didn’t stop him from winning and setting out the roadmap for future players. What did he do so right that it overshadowed the negatives? How was he so much better than everyone else on this initial season? It’s time to once again figure out Why Richard Won.

To review the short version of David’s Rules, here is the quick version:

Rule 2: But Don’t Scheme and Plot Too Much/Keep Your Scheming Secret/Don’t Backstab Until You Absolutely Need To

Rule 5: Pretend To Be Nice/Play the Social Game (and Keep Your Politics and Controversial Beliefs To Yourself)

Rule 6: Don’t Be Too Much of a Threat

Rule 7: Know How to Deal with Idols and Advantages

Appendix A: Make Your Votes Count – Keep in Mind Your End Goal

Appendix B: The Jury Phase

You can also get the poster version of these rules drawn by Erik Reichenbach right here!
(Click on poster)

Join us again next week when we discuss the next player voted out of the game.

Similar to Survivor: Winners at War - Recaps from Rob has a Podcast | RHAP

13d ago1w ago
Subscribe
Unsubscribe
Weekly+
Bald Move Pulp is where you can get your fix of robots, aliens, action space adventures, and everything in between; on television or on the big screen. Pulp was not made for serious drama, if that’s your thing, you might be looking for Bald Move Prestige.
T
The Twilight Zone Podcast

1d ago1d ago
Subscribe
Unsubscribe
Weekly
An *AD FREE* movie review podcast that traverses the stream of Hollywood sequels, reboots, and franchises by reviewing every installment in a series, start to finish.
C
Collider Factory

1d ago1d ago
Subscribe
Unsubscribe
Weekly+
Collider is the ultimate entertainment platform for the true fan, providing access to the most engaging movie, television, and gaming content from a host of trusted social influencers. Every week Collider will be providing new episodes of content from all their shows on this Factory feed. Subscribe here to get our latest movie reviews, takes on the breaking news from the industry, film commentaries, editorials, and our weekly film podcast hosted by Collider.com Senior Film Editor Matt Goldberg.
W
Werewolf Ambulance

3d ago3d ago
Subscribe
Unsubscribe
Weekly
Werewolf Ambulance is a horror movie comedy podcast. Allen and Katie watch horror movies from all eras and of all qualities and then discuss them in a not-so-academic way (just as the name "Werewolf Ambulance" might imply!) and then discuss and rate them. The episodes do contain spoilers, so please watch the films before listening if that bothers you!
Listen to 500+ topics