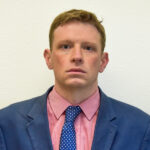 Supporting The Crusades didn’t just happen on the front lines.

Richard Allington, assistant professor of history at Eastern New Mexico University, explores how ordinary people helped in their own ways.

Richard Allington was born just north of London in the United Kingdom. He completed his B.A. in history from Christendom College in 2011 and his PhD in medieval history from Saint Louis University in 2018. He is currently Assistant Professor of History at Eastern New Mexico University where he teaches classes on Ancient Greece and Rome, the Crusades, and the Renaissance. He has published articles on the ways the crusades influenced medieval religious practice and culture in volumes published by Brepols and Brill.

The crusades impacted Medieval European culture through a practice which I call spiritual crusading. Beginning in 1187, various popes attempted to expand the crusading movement by encouraging Christians to carry out specific liturgical rites that would provide spiritual support for the crusades.

These devotions provided a way for all Christians to participate in the crusading movement. Even if they were not warriors, they could help liberate Jerusalem through their prayers. The papacy and the Church hierarchy understood that concern for the crusades and the Holy Land was widespread among Christians and that encouraging the clergy and laity to pray for the crusades offered a powerful incentive for Christians to more actively participate in the liturgical life of the Church. This practice therefore became a powerful and effective vehicle for Church reform in medieval society.

I first examine medieval liturgical manuscripts from different communities to understand the local implementation of this program. Medieval Christians did not just passively adopt the devotions prescribed by the papacy, but adapted them to suit their own immediate concerns, extending the crusading mindset to local pious intentions and political rivalries. Spiritual crusading therefore both changed liturgical practices through papal prescription, and simultaneously provided local communities with the agency to shape the liturgies of the Church to address their particular concerns.

The other aspect of my research explores how spiritual crusading transformed medieval devotional observance. By serving as a vehicle to encourage widespread piety, this spiritual campaign codified a broader program of Christian renewal, infusing emerging spiritual movements such as the Franciscans and flagellants with the rhetoric of the crusades. My scholarship therefore reveals how the practice of spiritual crusading expanded the crusading movement to incorporate all Christians and also reshaped medieval devotional practice through the dissemination of the crusading mindset to new areas of this society.

24d ago3w ago
Subscribe
Unsubscribe
Daily+
Nerds on Film and Nerds on History have each had their last word. And yet like the legendary Phoenix (the bird, not Jean Grey), a new podcast rises from their ashes. Are we still covering Film? Yes. Are we bringing back History episodes? Absolutely. What about those long talked-about Nerds on Words and Nerds on Books episodes, or even Nerds on Science? We’ll definitely cover those too. We are now, simply, Nerdonomy. Our rebranded podcast uses the season format, and episodes will release week ...
G
Great Moments In Science

5d ago5d ago
Subscribe
Unsubscribe
Monthly+
From the ground breaking and life saving to the wacky and implausible, Dr Karl Kruszelnicki reveals some of the best moments in science.
T
The Skeptics Guide

6h ago6h ago
Subscribe
Unsubscribe
Weekly
The Skeptics' Guide to the Universe is a weekly science podcast discussing the latest science news, critical thinking, bad science, conspiracies and controversies. -The Skeptics' Guide to the Universe: Your escape to reality - Produced by SGU Productions, LLC: https://www.theskepticsguide.org
T
The BMJ Podcast

2d ago2d ago
Subscribe
Unsubscribe
Weekly+
The BMJ is an international peer reviewed medical journal and a fully “online first” publication. The BMJ’s vision is to be the world’s most influential and widely read medical journal. Our mission is to lead the debate on health and to engage, inform, and stimulate doctors, researchers, and other health professionals in ways that will improve outcomes for patients. We aim to help doctors to make better decisions.
o
omega tau science & engineering podcast » Podcast Feed

9d ago1w ago
Subscribe
Unsubscribe
Monthly+
[We have episodes in German and English] How do scientists uncover phenomena and explain their connections? How do engineers design machines, methods and infrastructure? At omega tau, experts give detailed answers. Over the last ten years, we have produced 300 episodes in which we dug deeper, until we ran out of questions. Join us on our journey through the world of science and engineering: the closer you look and listen, the more interesting things get.
M
More or Less: Behind the Stats

7d ago0w ago
Subscribe
Unsubscribe
Weekly+
Tim Harford and the More or Less team try to make sense of the statistics which surround us. From BBC Radio 4
E
Embedded

1d ago1d ago
Subscribe
Unsubscribe
Weekly
Embedded is the show for people who love gadgets. Making them, breaking them, and everything in between. Weekly interviews with engineers, educators, and enthusiasts. Find the show, blog, and more at embedded.fm.
S
Storage Unpacked Podcast

1d ago1d ago
Subscribe
Unsubscribe
Weekly
CBC Radio's Dr. Brian Goldman takes listeners through the swinging doors of hospitals and doctors' offices, behind the curtain where the gurney lies.
Listen to 500+ topics