Fitness Society Conversations Mimi Chan
By Mimi Chan. Discovered by Player FM and our community — copyright is owned by the publisher, not Player FM, and audio is streamed directly from their servers. Hit the Subscribe button to track updates in Player FM, or paste the feed URL into other podcast apps.


MP3•Episode home
By Mimi Chan. Discovered by Player FM and our community — copyright is owned by the publisher, not Player FM, and audio is streamed directly from their servers. Hit the Subscribe button to track updates in Player FM, or paste the feed URL into other podcast apps.

I’m trying very hard to contain my excitement in this episode. Brian K. Vaughan is one of my favorite comic writers and I was thrilled he agreed to come on the show. He was so gracious to spend over an hour talking comics, writing, and 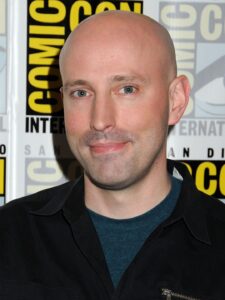 I am so grateful to share these thoughtful conversations with humans that I admire so greatly. Brian was kind enough to entertain all of my questions about his childhood, the inspiration behind his stories, and his favorite books and shows.

For those that don’t already know: Brian K. Vaughan is an award-winning writer and co-creator of acclaimed comic-book series including SAGA, PAPER GIRLS, Y THE LAST MAN, RUNAWAYS, and THE PRIVATE EYE. He sometimes writes for film and television in Los Angeles, where he lives with his family and their dogs Hamburger and Milkshake.

Spoiler alert for those that have not read issues 1-54 of SAGA or Y the Last Man.

I’m loving these conversations and hope you are too. If you are, please rate my podcast on your platform of choice and share it with others! If you would like to support with a donation to help keep this podcast going and support the work I do, you can become a patron of the show by visiting my website or Patreon.com/sifumimichan

For comments or suggestions reach out on social media @sifumimichan

Discussed in this Episode:

Terry and the Pirates

The Clitoris by Rikke Villadsen 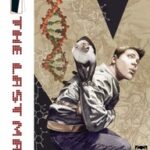 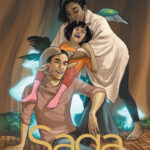 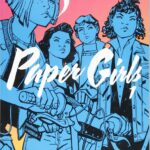 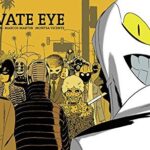 Comment Rules: Be Cool. Critical is fine, but if you’re rude, we’ll delete your stuff. Please do not put your URL in the comment text and please use your PERSONAL name or initials and not your business name, as the latter comes off like spam. Have fun and thanks for adding to the conversation!

Disclaimer: I am not a writer. I do not claim to be. Apologies for grammatical mistakes, long drawn out run on sentences, and anything else that drives you crazy. I promise it was not my intention. Be lenient, please