Dr. Siobhán Hearne joins Katya to talk about her new book, Policing Prostitution: Regulating the Lower Classes in Late Imperial Russia, a social history of prostitution in last decades of the Russian Empire. Dr. Hearne uses archival research conducted in Moscow, St Petersburg, Arkhangelsk, Riga, Vilnius, Minsk, Kyiv and Tartu to examine how prostitution and its regulation functioned in different parts of the empire. We hope you enjoy! 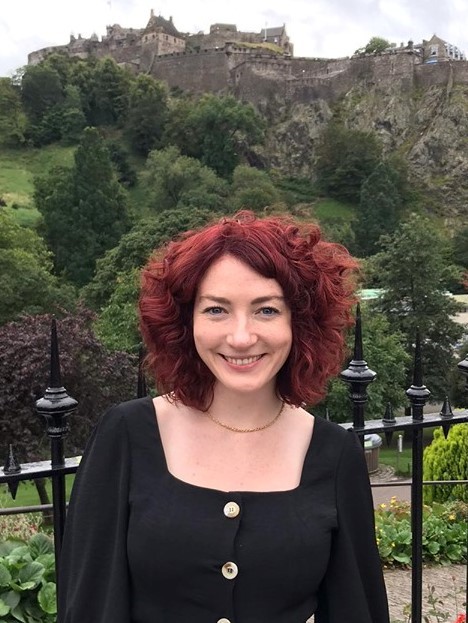 Dr. Siobhán Hearne is a historian of gender and sexuality in the Russian Empire and the Soviet Union. She currently holds a Leverhulme Early Career Fellowship in the School of Modern Languages and Cultures at Durham University. She earned her PhD from the University of Nottingham in 2017, and has completed postdoctoral research in Estonia, Latvia, and Lithuania since. Dr. Hearne uses sexuality as a lens to examine the relationship between ordinary people and the the Russian Imperial/Soviet state. Her new book Policing Prostitution: Regulating the Lower Classes in Late Imperial Russia (Oxford University Press, 2021) is a social history of prostitution in the final decades of the Russian Empire and draws extensively on materials produced by lower-class people. https://global.oup.com/academic/product/policing-prostitution-9780198837916?cc=us&lang=en& Her current project looks at Imperial Russia’s military and explores the impact of human and medical sciences on military masculinities. She is also one of the editors of Peripheral Histories, a collaborative digital history project exploring ‘peripheral’ spaces in the Russian Empire, Soviet Union, and post-Soviet world https://www.peripheralhistories.co.uk.

Some English-language works on prostitution in the Russian Empire: Andrew A. Gentes on Sakhalin https://muse.jhu.edu/article/559826/pdf; Keely Stauter-Halsted on Poland https://www.cornellpress.cornell.edu/book/9780801454196/the-devils-chain/#bookTabs=1; Yulia Uryadova on the Ferghana Valley https://www.journals.uchicago.edu/doi/abs/10.1086/SHAD30010097; Dan Healey on same-sex male prostitution https://www.cambridge.org/core/journals/slavic-review/article/abs/masculine-purity-and-gentlemens-mischief-sexual-exchange-and-prostitution-between-russian-men-18611941/30CD22517A4CEBE83F7D12C5EF9D910F; Philippa Hetherington on the ‘traffic in women’ https://www.proquest.com/docview/1558123277?pq-origsite=gscholar&fromopenview=true.

Producer's Note: This episode was recorded on August 10th, 2021 via Zoom.