WritersCast « »
Frank Figliuzzi: The FBI Way – Inside the Bureau’s Code of Excellence 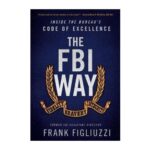 If you have been paying attention to the news for the five years since the US elevated Donald J. Trump to the presidency of the United States, with the help of Fox News, the Mercer family, the Koch brothers and their associates, Facebook, Twitter and other social media, aided further by the moral and intellectual bankruptcy of the Republican Party, the vapidity of the mainstream media, years of inattention to the teaching of American history and civics in schools everywhere, undergirded by a calculated, systematic conspiracy with the Russian government (that no doubt, was surprised by how easy it was to game the greatest democracy in the history of the world), you have seen and heard the former FBI agent, Frank Figliuzzi, on MSNBC and other news outlets, talking about the visible public corruption that was going on throughout this painful period of our lives.

For many of us who remember the fifties, sixties and seventies, when the FBI was a witting tool of a repressive political state, it has been more than disconcerting to suddenly see the FBI as an upstanding exemplar of a rule-abiding democracy – that is under attack from a right wing political party that used to (over) value the rule of law in service to the capitalist enterprise. That attack, surreal as it would seem, is a symptom of the “down is up” necessities of authoritarianism, which is where the Republican party has traveled to over the past few years. Trump was and is not the head of the beast, he was and is simply a tool used by a particular power center that found him as he found them, willing partners in a plan that serves their various contiguous but-not-entirely-shared needs and goals. Do not underestimate the war being waged against reality still going on in full force, even though the dumpster is no longer the head of state.

Which brings us back to the matter at hand. Frank Figliuzzi is a throwback to a world that too often does not still appear to be with us. The three words on the cover of his book are at the core of the FBI’s training and belief system: “Fidelity, Bravery, Integrity.” These principles mean everything to him. Cynical as so many of us are today, it is novel, and even heartening to meet someone who believes so deeply and completely in a moral system at a time when even honor systems all too often are not honored (West Point is a good example) and when elected officials so readily ignore their oaths of office. We need people who can remind us by the example of their behavior (and their words), that fairness, honesty, and justice can still exist in our society.

Figliuzzi is aware of this. He aims his book at leaders in businesses and other institutions, to demonstrate to them and all of us, the enduring power and value derived from following principles that honor and respect the people that work there, their stakeholders at every level, and the institutions themselves. As I started to read this book, I wondered how the FBI, as a law enforcement organization, could be stood up as a model for profit-making businesses and non-governmental organizations, but Figliuzzi is persuasive, and the ideas he communicates are indeed powerful. Many of the examples he provides to document why the FBI should be viewed as a model for others are surprising, as they demonstrate a commitment to deeply moral values, and to treating individual employees as human beings rather than simply as cogs in an inhumane machine.

“It’s times like these” that make books like this one crucial and important. It’s impossible not to be deeply affected by this book in ways that you might not have expected.

Figliuzzi is a smart guy, and as an experienced media figure, he knows how to tell a compelling story. I find myself somewhat surprised to say that The FBI Way is a useful and maybe even an important book for our times. I very much enjoyed our conversation and I trust you will as well, though I doubt anyone listening here will be signing up to join the FBI anytime soon.

“Figliuzzi’s war stories of hunting terrorists are spellbinding, but equally important is his playbook for how the FBI’s methods for achieving excellence in performance can be duplicated by a wide variety of organizations. This should be required reading in business schools across America.” – Andrea Mitchell, Chief Foreign Affairs Correspondent, NBC News 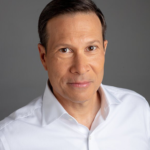 The post Frank Figliuzzi: The FBI Way – Inside the Bureau’s Code of Excellence first appeared on WritersCast.