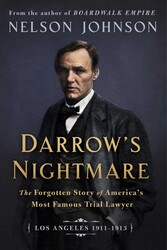 One of the great personal joys that working in the book business enables is that I get to work with authors. I’ve done some consulting with Rosetta Books, the publisher of Darrow’s Nightmare, and through the publisher have had the opportunity to meet and get to know former New Jersey judge Nelson Johnson, who turns out to be a terrific person, as well as a wonderful storyteller, historian, and writer.

I had known of Nelson Johnson mainly because his earlier best-selling book, Boardwalk Empire, became the basis of the excellent HBO series of the same name. Boardwalk Empire documents the tumultuous story of the Atlantic City in the early twentieth century, a time when racketeers and corrupt politicians ran the city. Boardwalk Empire is a terrific book with incredibly interesting characters and clearly, Nelson Johnson knows how to write history that conveys characters and their stories dramatically for readers.

In Darrow’s Nightmare, Nelson turns his attention to Clarence Darrow, one of the greatest trial attorneys in modern American history, in one of the most tumultuous and challenging episodes of his long career. Best known today for his role in the famous Scopes trial of 1925 (and the film, Inherit the Wind), Darrow was actually most famous in his earlier years as a brilliant defender of labor rights, at a time when organized labor was literally battling with business owners across the country for basic freedoms and policies we take for granted today.

In 1911, Darrow went to Los Angeles with his wife, Ruby, at the behest of union leaders there. He was to defend two union iron workers who had been charged with the murder of twenty employees of the Los Angeles Times, whose building had been bombed as part of a major labor dispute.

After he negotiated a plea bargain for the iron workers (with the help of Lincoln Steffens), Darrow himself was indicted for attempted bribery of a juror in the trial. Darrow was fortunate to be represented by the brilliant (though flawed) California criminal attorney Earl Rogers, who was himself one of the most successful trial attorneys in American history and with the help of Rogers and friendly juries, Darrow was able to escape being convicted in two different trials. He returned to Chicago in disgrace, set himself to rebuilding his career, and went on to take on some of what are now the most famous trials of his era, including the Leopold and Loeb case and the important civil rights Sweet case in Detroit, where he defended the right of a black family to self-defense. Looking over the arc of Darrow’s long legal career, the LA trials of 1911-1913 form the most crucial episode of his life.

These trials made national news at the time, but have been mostly lost to history now. Nelson has brought the entire scene to life in memorable prose. He may be one of the few who have read the entire 8,500 page trial transcript. It is quite a story and well worth reading. And Nelson tells the story behind the story in the podcast episode presented here, which I very much enjoyed recording.

Darrow captured the imagination of many Americans in his time in history. I think that reading Darrow’s Nightmare, you might be captured as well, and see him as a flawed hero, a human being much more complex than any film could portray.

“The marks of battle are all over his face” —H.L. Mencken

“A fascinating portrait of Clarence Darrow as we’ve never seen him before—as a criminal defendant. In Darrow’s Nightmare, Nelson Johnson tells the riveting tale of America’s most famous lawyer as he fights for his life, marriage, career, and reputation. I couldn’t put it down.” —Terence Winter, Creator & Executive Producer, Boardwalk Empire

Nelson C. Johnson practiced law for 31 years prior to being appointed to the New Jersey Superior Court. During his final five years on the bench, he was one of three judges in New Jersey assigned to litigation, involving product liability claims. In the early 1980s Nelson represented the Atlantic City Planning Board when the modern casino period was beginning. That experience motivated him to write Boardwalk Empire. He has written two other books about New Jersey history. During the past 15 years, Nelson has made more than 200 presentations on his books before a wide range of audiences.

He lives in Hammonton, New Jersey. 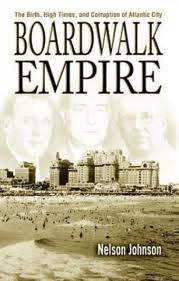 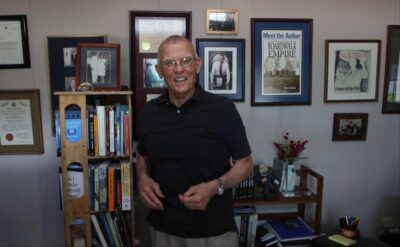