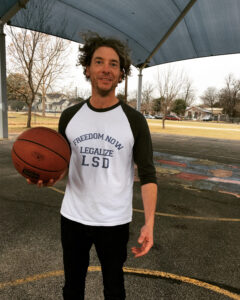 Publishing Talks began as a series of conversations with book industry professionals and others involved in media and technology, mostly talking about the future of publishing, books, and culture. I’ve spent time talking with people in the book industry about how publishing is evolving in the context of technology, culture, and economics.

Later this series broadened to include talks and interviews that go beyond the future of publishing. In an effort to document the literary world, I’ve talked with a variety of editors, publishers and others who have been innovators and leaders in independent publishing in the past, and into the present.

These conversations have been inspirational to me on many levels. I have gotten to speak with visionaries and entrepreneurs, as well as editors and publishers who have influenced and changed contemporary literature and culture. I started out in independent publishing, and early on learned how to set type by hand and operate mechanically operated printing presses that were even then becoming obsolete. I was never a very good printer and admire the poets and editors who have taken up the mantle of what is known as fine press printing to produce books that are artistically innovative and at times handmade.

Kyle Schlesinger is a poet and independent publisher whose work I have long admired. His press, Cuneiform (“Poetry, Typography and Artists’ Books) has established an incredible body of work since he issued his first book in 2000, Luisa Giugliano’s Chapter in a Day Finch Journal, published in Buffalo while Kyle was a student in the Poetics Program at SUNY, where he studied with Robert Creeley, Susan Howe, and Charles Bernstein.

Kyle first discovered the idea of printing through Will Hamlin, a Black Mountain College alumnus, while he was studying at Goddard College. He learned to print first in Vermont on an 1889 Prouty platen press with metal type. As he says on the Cuneiform site:

“We printed the literary review for Goddard College, instructions for using a compost toilet, Gertrude Stein stationery, and a few short poems. I remember building up the letters of William Carlos Williams’ “A poem is a small (or large) machine made of words” early on.”

This early experience quite evidently sent Kyle on the path to becoming a fine printer and book designer, and the hand work well suited to his personal design views, as he has gone on to produce a range of excellent writing expressed through fine design and outstanding creativity in book production.

After he left Buffalo, Kyle moved to Austin, Texas, where Cuneiform is now based. He teaches at the University of Houston, Victoria. Cuneiform produces books of poetry, artists’ books and even scholarly works, using letterpress and offset printing. Kyle and I had a great conversation earlier this spring. When it is possible to travel again, I am looking forward to visiting Cuneiform and seeing Kyle and the great Vandercook 219 proof press he runs in his shop in Austin.

Kyle and I share a number of connections, including poets and old friends, Kit Robinson, Steve Benson, and Kyle printed for years on a press he got from another old friend, Michael Waltuch, as well as a shared interest in Black Mountain College and its many amazing poets, artists and craftspeople. It’s inspiring to see his work, that carries forward the meaningful traditions of poets in collaboration with artists in the making of books. We had a wide ranging conversation about his work, past, present, and future.

Visit the Cuneiform Press website – do consider buying some books or subscribing or even donating, as Cuneiform is a 501 (c)3 nonprofit, donations are tax-deductible! 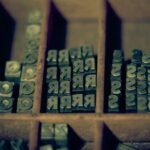 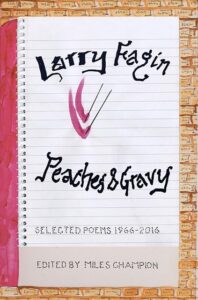 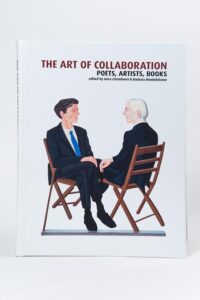 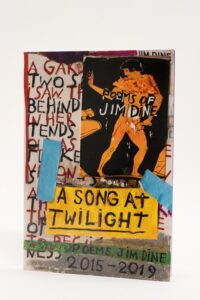