WritersCast « »
Unworthy Republic: The Dispossession of Native Americans and the Road to Indian Territory by Claudio Saunt

This is a book that should be required reading for all Americans. Even those of us who think we know the story of the Trail of Tears and other important efforts by our white antecedents to eliminate Indians from the eastern United States will learn from the incredibly well researched and carefully documented story told by a brilliant historian.

Unworthy Republic documents the reprehensible story of the “Indian Removal” of the 1830s, which resulted in the forced migration of Native Americans whose ancestral territories include what is now North Carolina, Georgia and Florida, and to a lesser extent Ohio and western New York state.

On May 28, 1830, the United States Congress authorized the forced expulsion of indigenous people then living in the east to a new Indian territory west of the Mississippi, under the false notion that they would be free to live their lives away from white settlers and farmers then pouring into their unceded lands.

The US government then set out to forcibly move at least 80,000 Native Americans from their homelands west, usually on foot, and always at their own expense. It was a disastrous undertaking that was shot through with fraud and a racist disregard for the health and well being of the Indians by the white citizenry and politicians who wanted to steal their land, as well as by the military that was used to administer and enforce the effort.

As Saunt exhaustively documents, fraud, intimidation, murder and theft were the common tools of the day. Rich planters and politicians created a fictional hypocritical story line to justify their greed and theft. In the course of the removals, many thousands of Native Americans were killed, many more suffered horribly, and almost all lost their lands and what few possessions they had at the time. In the end, the “removal” can be seen for what it was, an unofficial US policy of extermination constructed to benefit southern slave owning planters with the active participation and support of greedy financial speculators, mostly from New York.

In this book, Saunt makes three related core arguments: “The state-administered mass expulsion of indigenous people was unprecedented, it was a turning point for indigenous peoples and for the United States, and it was far from inevitable.”

It is impossible to read this book and to not be angered, even now that we are almost two hundred years removed from this decade of horror. The actual events that underpin the history ofd the United States must be reconciled with the manufactured myths that we use to tell our own stories to ourselves. It is not a matter only of white guilt (though there is nothing wrong, in my opinion, with guilt, if it can be harnessed to positive ends) nor is an intellectual hand wringing a useful response to learning the hard lessons of our history. What we can take from these stories is an understanding of how to be better at living our ideals, and transforming what we have been to something different, that gives voice to the actual people whose land we live on today. The acknowledgment of indigenous people can not be simply gestural. A book like Unworthy Republic must draw us closer to action – as Buddhists often point out – no one is free until all are free. The American correlation is that no one can live comfortably with the land until all of us do. Our history is with us still.

Claudio Saunt is the Richard B. Russell Professor in American History at the University of Georgia. He is the author of award-winning books, including A New Order of Things; Black, White, and Indian; and West of the Revolution. He lives in Athens, Georgia. It was an honor for me to have the opportunity to speak with Claudio about this important and powerful book. 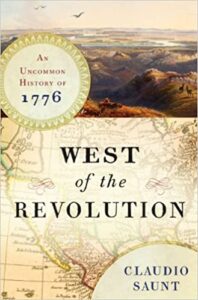 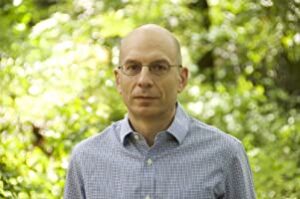 The post Unworthy Republic: The Dispossession of Native Americans and the Road to Indian Territory by Claudio Saunt first appeared on WritersCast.